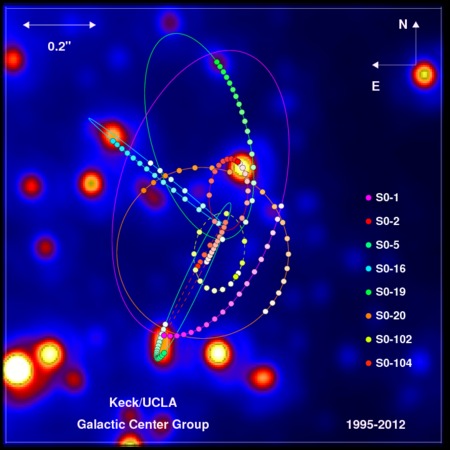 The orbits of stars within the central 1.0 X 1.0 arcseconds of our Galaxy. In the background, the central portion of a diffraction-limited image taken in 2012 is displayed. While every star in this image has been seen to move over the past 17 years, estimates of orbital parameters are best constrained for stars that have been observed through at least one turning point of their orbit. The annual average positions for these stars are plotted as colored dots, which have increasing color saturation with time. Also plotted are the best fitting simultaneous orbital solutions. These orbits provide the best evidence yet for a supermassive black hole, which has a mass of 4 million times the mass of the Sun.