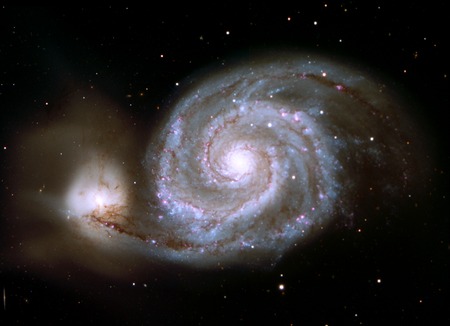 This visible light view of the spiral galaxy M51 comes from the Kitt Peak National Observatory 2.1m telescope, and measures 9.9 by 13.7 arcminutes (north up). A four-color composite, the visible light image shows emissions from 0.4 to 0.7 microns, including the H-alpha nebular feature (red in the image).