Composite view of the Antennae Galaxies 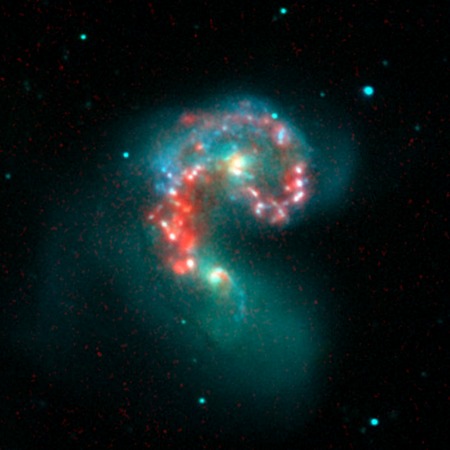 The image is a false-color composite of infrared data from Spitzer and visible-light data from Kitt Peak National Observatory, Tucson, Ariz. Visible light from stars in the galaxies (blue and green) is shown together with infrared light from warm dust clouds heated by newborn stars (red). Wavelengths of .44 microns are represented in blue, .70 microns in green and 8.0 microns in red.

The two nuclei, or centers, of the merging galaxies show up as yellow-white areas, one above the other. The brightest clouds of forming stars lie in the overlap region between and left of the nuclei.