Spitzer view of the Antennae Galaxies 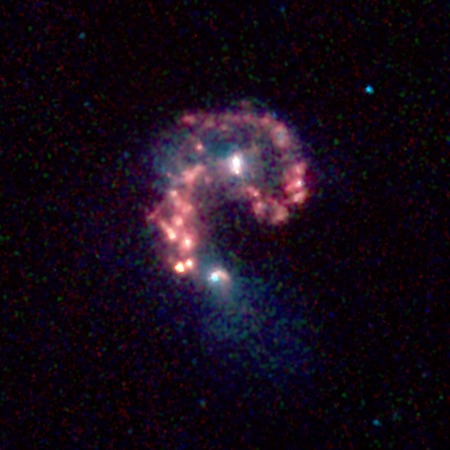 This picture was taken by Spitzer's infrared array camera and is a combination of infrared light ranging from 3.6 microns (shown in blue) to 8.0 microns (shown in red). It shows infrared light from warm dust clouds heated by newborn stars. The dust emission (red) is by far the strongest feature in this image. Starlight was systematically subtracted from the longer wavelength data (red) to enhance dust features.