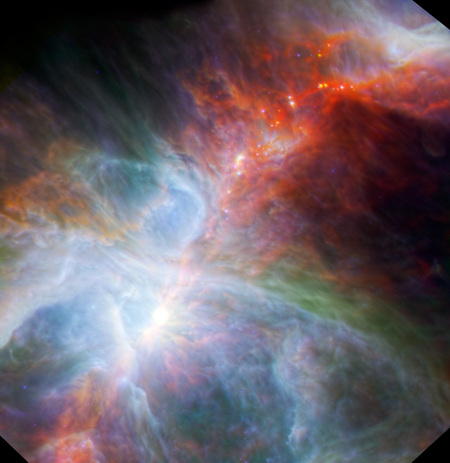 Infrared data at wavelengths of 8.0 and 24 microns from Spitzer are rendered in blue. Herschel data with wavelengths of 70 and 160 microns are represented in green and red, respectively.