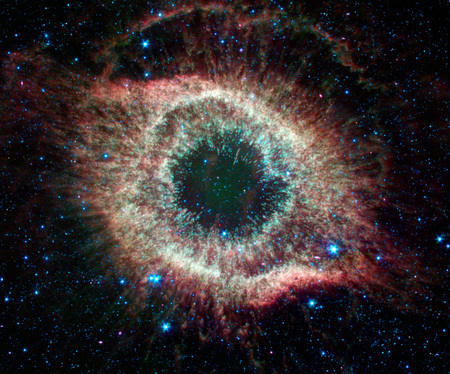 A newly expanded image of the Helix nebula lends a festive touch to the fourth anniversary of the launch of NASA's Spitzer Space Telescope. This spectacular object, a dying star unraveling into space, is a favorite of amateur and professional astronomers alike. Spitzer has mapped the expansive outer structure of the six-light-year-wide nebula, and probed the inner region around the central dead star to reveal what appears to be a planetary system that survived the star's chaotic death throes.